For over 30 years JSC «Sumy NPO» has been delivering gas compressor units for Ukrainian gas companies.

The Company has delivered 173 turbo-compressor units for 25 Compressor stations.

Additionally the Company fulfilled complete delivery of the equipment for reconstruction of natural gas processing plant, located in Kachanovka.

Major consumers of JSC «Sumy NPO» products are the companies of JSC Gazprom. 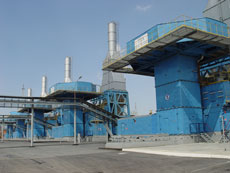 Up to date, the Company had delivered more than one thousand five hundred different types of turbo-compressor units, representing over 40% of the total capacity of the units park. The largest line compressor stations for pipelines Urengoi – Pomary – Uzhgorod, Urengoy – Center, Yamburg – Elets providing regular supply of gas in the central regions of Russia, Ukraine and Western Europe were built with the use of turbo-compressor units with capacity of 16 MW.

For many years JSC «Sumy NPO» is the largest manufacturer of equipment for the chemical industry. Equipment for the production of mineral fertilizers is operated at the production association “Azot” (Nevinnomyssk, Kuibyshev, Rossosh, Togliatti, Kirovochepetsk, etc.). Chemical equipment in the complete process lines for production of ethylene, propylene and helium were supplied to the petrochemical complex (Omsk, Ufa, Salavat, Kazan, Angarsk, Orenburg).

The following enterprises are operated the equipment manufactured by JSC «Sumy Frunze NPO»:

In 1986, the Company began manufacturing of CNG vehicle refueling gas compressor stations for gas-cylinder vehicles refueling with compressed natural gas. And sience JSC «Sumy NPO» has been a leader among the enterprises of CIS countries in this area. 162 CNG vehicle refueling stations, including 51 items for Russia, have been produced for 1987-2006.

The following compressor stations are constructed on turn-key basis:

The Company has accumulated great experience in manufacture of the equipment designed to carry out the reconstruction and renewal of many chemical enterprises ( «Maryazot», Turkmenabad chemical works).

JSC «Sumy NPO» has proved its worth as the responsible partner in Uzbekistan.
The Company actively participates in the development of Uzbek Fuel & Energy Complex.
JSC «Sumy NPO» has delivered the equipment for the following compressor stations: 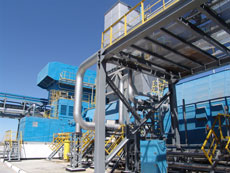 In 2000 the Company manufactured oil terminals of total volume 380000 m3 (36 tanks) and delivered them to Pap and Angren.

Well workover and completion rigs of AK-60 type and various pipeline valves (ball valves DN up to 1400) are also delivered to Uzbekistan. 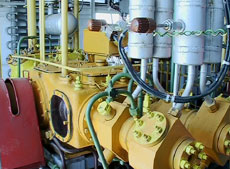 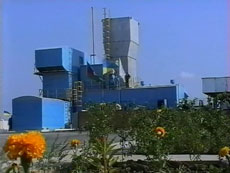 In 2002, in recordingly short time – within three months – PJSC «Sumy NPO» constructed and commissioned compressor station «Severnaya» of 6.3 MW power, which is located on the Apsheron peninsula.

In 2005, JSC «Sumy NPO» constructed gas compressor station «Astara» located on the border with Iran. The station is intended to increase pressure of gas transferred to Iran from 12 to 55 atmospheres. Its total capacity – 3 million cubic meters of gas per day.

The company also participated in the construction, reconstruction and modernization of chemical plants in the city of Sumgait.

JSC «Sumy NPO» has proved its worth as the responsible partner in Belarus. The Company actively participates in development and reconstruction of gas pipeline system of the country. 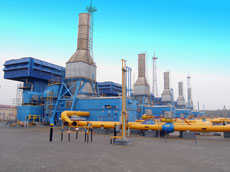 Besides the Company has fulfilled the reconstruction of the following enterprises of chemical industry: JSC «Naftan» and JSC «Polimir» (2006 – 2013)