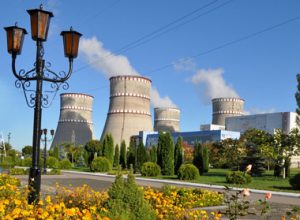 Spare parts are expected at the above-mentioned nuclear power plants during March-August 2017.

“Today’s agreement is a vivid example of active communication between consumers and producers at national level. We will make every effort in the future to our cooperation, which originated back in the 90s, to be actively developed. Backgrounds for this are quite favorable “, – said Ms. Bala.